Trophy Eyes captivated us with their previous album Chemical Miracle, almost 2 years have passed and after the release of a track named Hurt late last year (which wasn’t my favourite track from the guys, but still a great song), they are back with a perfect summer anthem You Can Count On Me. The Aussie 5-piece have come out swinging in this new record, it’s singalong, it’s emotional and it grabbed my attention from the get go.

Although Hurt was a great standalone track, when you take the entire Chemical Miracle LP into consideration, it just didn’t seem to have enough ‘Trophy Eyes-isms’ within it, it didn’t feel like them as much as I’d hoped, the new track seems to pick up where we left off on Chemical Miracle, You Can Count On Me has that summer feel and it’s hard not to hear and imagine this being sung back by the crowd at the next run of tours. This singalong chorus is dying to be shouted at the top of your voice in the middle of a summer festival ‘Some of my friends sell drugs, I just sell sad songs to the ones that feel alone, you can count on me when it all goes wrong’, it’s an anthem, and I guarantee you’ll be singing along after just One listen.

Frontman John Floreani just seems like a star in my opinion, he seems like the kind of frontman we’ve needed, the confidence oozes from him, he won’t censor how he feels in any way, and this is all we need from a perfect frontman. The lyrics ‘Thanks to everyone who bought tickets to my shows, I put all the money that you spent right up my nose’ is a classic uncensored beauty of a line from Trophy Eyes. These guys know how to write a song and they have proved that over and over again. They aren’t afraid to say how they feel and with this song clearly about the way musicians are treated as a whole, I’m sure this track will hit home with a lot of people out there.

Overall another beauty of a track from Trophy Eyes their new album The American Dream is set to be released through Hopeless Records on August 3rd and I for one am super excited. Check out the new video below! 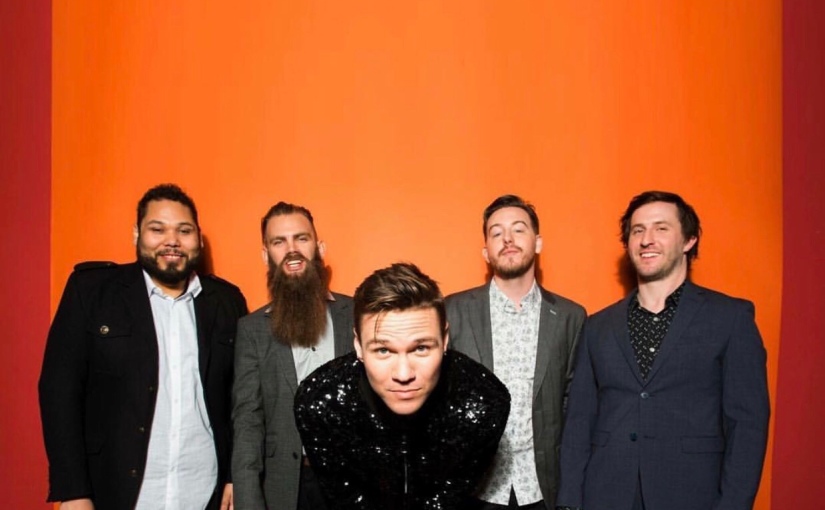 Woke up over here in the U.K. to the best notification I could have asked for as Rise Records YouTube channel uploaded a new track from Dance Gavin Dance in the early hours of the morning. Midnight Crusade is the first track to be released off their upcoming 9th studio album (Not including their live album Tree City Sessions) Artificial Selection which is due to be released on June 8th keeping that same awesome line up of Will Swan, Tilian Pearson, Jon Mess, Tim Feerick and Matthew Mingus I feel they have really found their members for life over the past few years.

Dance Gavin Dance’s previous album Mothership was our number one album of 2016, their groove and the execution of that album won me over from day one and I’m expecting pretty big things from this next effort. To say I’m stoked for it would be an understatement, after catching them on their latest UK tour I’m even more excited for the album and the guys to come back here again possibly in the winter of 2018, fingers crossed. 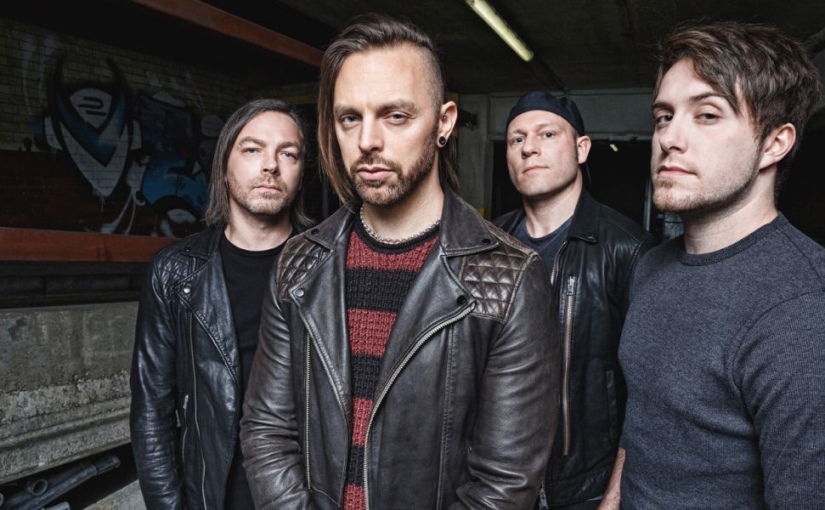 Bullet For My Valentine have been around for quite some time now and it’s been 13 years since that incredible debut album The Poison was released here in the U.K. and back then I was a huge fan of the band. Everything went a bit downhill after Scream Aim Fire in my personal opinion, even though Fever did have a few Bullet classics like Your Betrayal it just wasn’t enough for me, as their fan base grew up and got older their music never seemed to change or grow, the ‘false metal’ with pop rock choruses kept being thrown out and it just stopped being new.

With all that’s said the guys are back for 2018 with a brand new track Over It which premiered on the Radio 1 Rock Show with Daniel P. Carter last night! Their previous album Venom sadly just didn’t do it for me, it felt as though Bullet’s sound had become a bit stagnant, I wanted to hear a bit of growth and I think we are going to hear that in this upcoming release Gravity which is set to be released on June 29th.

It sounds less like they’re trying to be same old Bullet and being Bullet that came naturally and it shows in the new track. It has an incredible groove to it, it sounds a lot more simple than their previous work and I think it sounds better. They’ve dulled down the technical side, Dulled down a bit on the thrashing and made something that gets inside your head and the finished product is spot on. I predict Gravity to be the best Bullet album in 10 years. Check out the new single below and make sure to grab a copy of Gravity in June!

Cures and Curses’ killer new single ‘Lost Out’ is a beat heavy, atmospheric listening delight. The alternative rock duo made up of Aaron Akpojaro and David Blackburne are based in Liverpool, UK. ‘Lost Out’ has that emotionally driven sound that we are always drawn to, the lyrics are full of sentiment, the heart-stopping choruses are beautifully balanced out by those moody and moving verses, this seems like a rock duo that can (and will) provide more and more great tracks in the coming months.

Cures and Curses’ EP is set for release mid 2018 with no official release date as of yet. This track ‘Lost Out’ is the follow up to their debut track ‘Fall Apart, Crash Together’ which you can check out Here

I think after listening to these first couple of tracks by Cures and Curses anyone who is interested in the type of music we rave about over here at NoiseFlash will be eagerly awaiting another release from the guys, very impressive stuff. These guys really are one to watch in 2018, stoked for what’s next.

When we first heard Brian Berger’s new EP The View That Comes With You we were taken aback with how refreshing and different it sounded, whilst also having qualities that we have, and always will, love about the music we cover over here at NoiseFlash. Brian uses four different soundscapes of Los Angeles to inspire melodies and music, its not every day you come across something like this. The EP was released on March 16th.

Over here in the UK, LA feels like a whole other world, Brian coveys the vibes of LA through his EP so well , ‘The Ocean’, ‘The Metro’, ‘The Car’ and ‘The Mountains’, are the soundscapes he chooses to use. I get hints of a Cigarettes After Sex vibe particularly towards the end of track one ‘Acid Breathing’ in those sultry and calming tones, which chill

us out and open up the album fantastically, paving the way for another three beautiful and unique Indie/Folk tracks. I feel like its one of those albums where you really have to hear it for yourself if you are going to truly appreciate the beauty that this album beholds. All in all a great EP from Brian Berger, check out the single Manic Pixie Fuck You (The Metro) taken straight from this EP Below!

So at the end of 2017 we did a top 50 countdown of our favourite albums of 2017 and Bilmuri’s ‘Banana’ took our number one spot with ease. The energy and all out wonder of that album really did knock us off our feet. Well, less than a year on and the mastermind behind Bilmuri, Johnny Franck is back again with the new song ‘Gradient’ which is another two minute, fast paced, emotion twister of a track.

Along with the new track Bilmuri’s track list for the upcoming album was released on instagram last week! To say we are stoked for this inevitably sick album is an understatement. Album of the year two years running?? Maybe.

After the release and great success of their debut album Fail You Again last year, New Jersey based contemporary rockers Can’t Swim are back with another beautiful gritty track titled ‘In Between’.

Its a track that would have fit perfectly into that debut album, the album that easily made its way into our top 50 albums of 2017 with a top 10 spot, and personally for me it was in the top 3 albums most played in my Last.fm account, so damn addictive! Although Can’t Swim are a relatively new band they have already made their sound so familiar, its a sound that is their own and its a sound that captivates us with every track they release.

Saying that their latest track sounds familiar to their previous material does in no way take away the fact that ‘In Between’ is different, it has for me, more of an edge to it, it feels more polished and it feels like its coming from a band that is ready to drop that daunting sophomore release and do it with ease whilst keeping that ever-growing fan base and adding thousands more as they go. The guys are about to embark on a huge tour across the US with one hell of a line up, Supporting Movements along with Super Whatevr and Gleemer. That tour definitely needs to hit the UK!

Enough chit chat listen to the track below, its one of my favourites of 2018 so far and its another amazing release from Can’t Swim